Need help urgently?
You are in:
Home/ News/ History of LGBTQ+ rights in the UK

History of LGBTQ+ rights in the UK 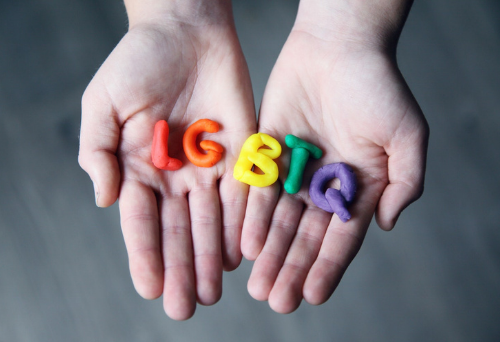 June is Pride Month. This year we are taking a look at what has changed and when it has changed.

Although we live in a society that has, for the most part, embraced and accepted LGBTQ+ people, for hundreds of years they were persecuted, discriminated against and even killed because of their sexuality.

There are still many countries in the modern world where being gay is not accepted and LBGTQ+ people are oppressed and live in fear.

Here in the UK the path to equal rights has been a slow and painstaking one, with some opposition and discrimination along the way. Despite legislation, many LGBTQ+ people still face discrimination in some areas of society.

A timeline of changes in legislation

In the early 1950s - the police actively enforced laws prohibiting sexual behaviour between men. By the end of 1954, there were 1,069 gay men in prison in England and Wales, with an average age of 37. There were a number of high-profile arrests and trials, including that of scientist, mathematician, and war-time code-breaker Alan Turing, convicted in 1952 of "gross indecency".

1951 - The first known case of sex reassignment surgery was Roberta Cowell, a trans woman. She was assigned male at birth, but later had her sex legally changed to female and underwent vaginoplasty surgery.

1954 - The Wolfenden Committee was set up on 24 August 1954 to consider UK laws relating to "homosexual offences"; the Report of the Departmental Committee on Homosexual Offences and Prostitution, (better known as the Wolfenden report), was published on 3 September 1957. It recommended that "homosexual behaviour between consenting adults in private should no longer be a criminal offence", finding that "homosexuality cannot legitimately be regarded as a disease, because in many cases it is the only symptom and is compatible with full mental health in other respects”.

1964 - The North Western Homosexual Law Reform Committee (NWHLRC) was formed. This group worked to promote legal and social equality for lesbian, gay, and bisexual people. It is now known as the Campaign for Homosexual Equality.

1966 - The Beaumont Society was formed. This trans-support group aimed to provide better information and awareness about transgender people and act as a self-help and social organisation for them.

1967 - The law was changed to allow two men to be in a relationship together without the fear of being arrested. However, there were still many laws in place that meant that gay people did not have the same rights as people who were not gay.

1969 - A series of demonstrations in New York called the Stonewall riots started after the police raided a bar called the Stonewall Inn, which was a popular place for gay people to hang out. It is said to be the start of the movement of people fighting for gay rights in the US. This was a significant event that had great impact across the world.

1972 - The first Pride festival, which celebrates the gay community and supports equal rights, took place in London on 1 July, with 2,000 people taking part. Now, more than one million people celebrate it in the UK's capital, and Pride events take place all over the world.

1979 - The Harry Benjamin International Gender Dysphoria Association was founded. The group’s aim was effective understanding and treatment of gender dysphoria which can be described a sense of unease that a person may have because of a mismatch between their biological sex and their gender identity. It is now known as the World Professional Association for Transgender Health, which “strives to promote a high quality of care for transsexual, transgender, and gender-nonconforming individuals internationally.”

1988 - A law called Section 28 was introduced which meant that teachers were not allowed to 'promote' gay relationships in schools. Many people argued that this prevented teachers from talking about gay relationships. It wasn't until 2003 that this was overturned.

1992 - The World Health Organisation declassified homosexuality as a mental illness. This was a huge step forward, as LGBTQ+ people had previously received controversial and often detrimental treatments to try to ‘cure’ their sexuality.

2000 - Gay and bisexual people were allowed to be in the armed forces. Before then, LGBT+ people were not able to serve if they admitted to being gay or bisexual. Some people only discovered this after joining up.

2002 - The law was changed to allow gay people (and unmarried couples) to adopt children.

December 2002 - the Lord Chancellor's office published a "Government Policy Concerning Transsexual People" document that categorically stated that transsexualism "is not a mental illness.”

2003 - The ban on 'promoting' homosexuality in schools (Section 28) was overturned.

31 January 2017 - The Policing and Crime Act 2017 came into effect after being given Royal Assent. A section of the Act (known as the Alan Turing Law) officially gave posthumous pardons to the thousands of homosexual men from England and Wales who had been convicted under previous laws and gave those still living, the possibility to apply to have their conviction erased.

11 May 2021 - as part of the State Opening of Parliament, Queen Elizabeth stated that the UK planned to ban conversion therapy aimed at altering sexual orientation.

14 June 2021 - The ban preventing any men who have had sex with other men in the last three months from giving blood is lifted ending decades of restrictions based on sexual orientation.