Need help urgently?
You are in:
Home/ News/ Balloons and baubles for Tom’s Club’s tenth birthday 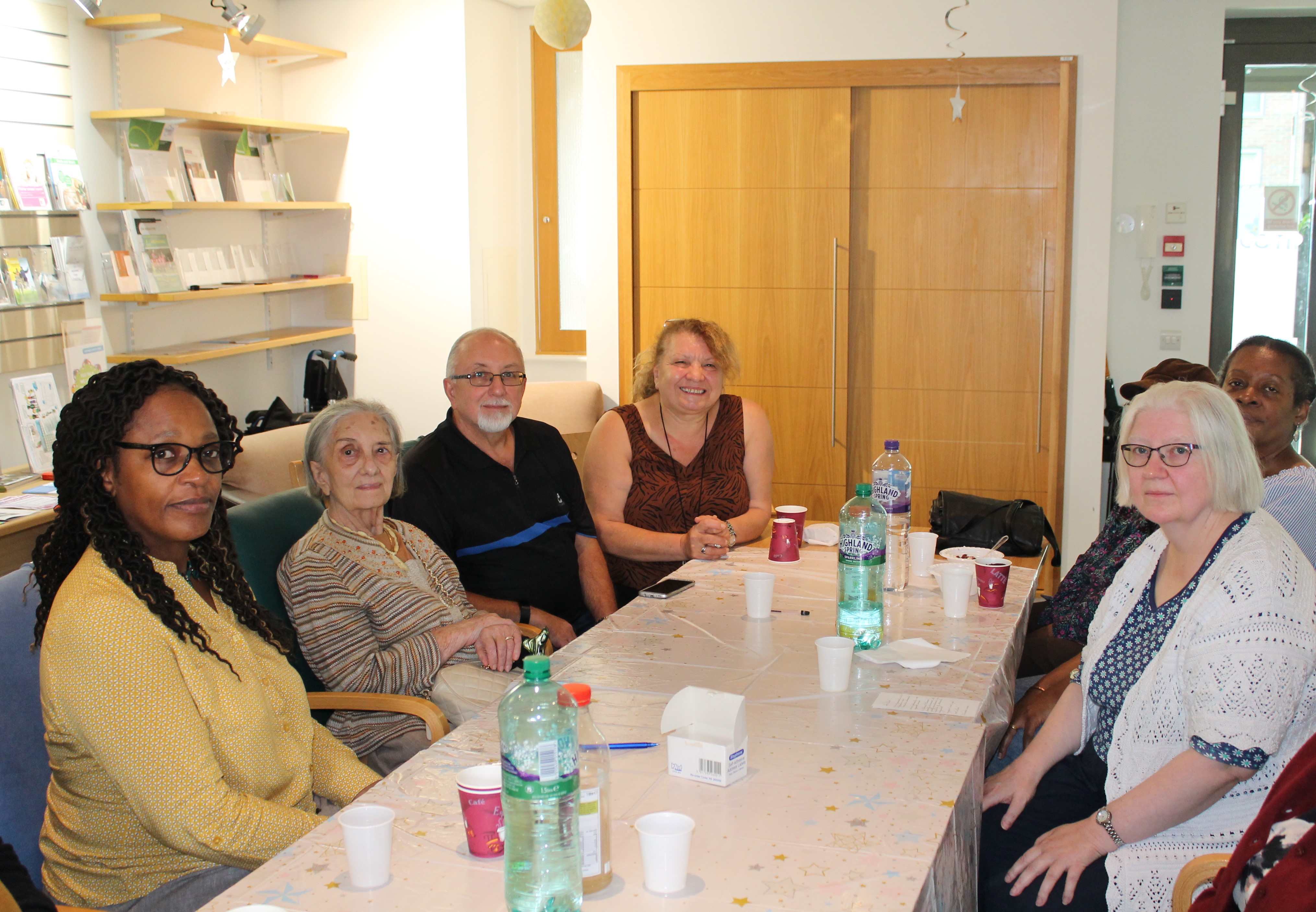 The Haringey club for people with dementia and their carers celebrates its 10th anniversary this year.

Tom’s Club was set up with donations from friends and family of former Tottenham Hotspur and Chelsea footballer Tom Harmer. Tom was supported by the Haringey Admiral Nurse Service when he developed vascular dementia. It is now run jointly by Admiral nurses – mental health nurses specialising in dementia – and the Barnet, Enfield and Haringey Mental Health NHS Trust.

To mark its tenth birthday, the club held a special celebration event at the Haynes Day Centre on Tuesday 3 September 2019. As well as the usual chair based exercise, the Jackson Lane Centre put on a circus performance and the day concluded with a sing-a-long featuring Rudy from Live Music Now. Everyone was invited to take part in a special buffer lunch as well.

The club usually meets three times a month at Memory Service at St Ann’s Hospital (Victoria Unit) and Haynes Day Centre in Crouch End where people with dementia can take part in activities – including gentle exercises – while carers access support and information on a range of issues. The club also organises day trips, such as a recent excursion to Southend.

Admiral nurse Maggie Carroll, who has managed Tom’s Club for the last three years, says: “I remember the first time that I attended a Tom’s Club session and being amazed and inspired by how both people with dementia and their carers were so obviously at ease with staff and one another. It is an honour and a privilege to spend time with the families that we meet through it.

“That’s why we were determined to make Tuesday a real celebration for the people we care for, the carers and anyone from the wider community who joined in the fun and wanted to find out more about what we do.”