Need help urgently?
You are in:
Home/ News/ A lifeline for people with dementia and their carers: Mental Health Awareness Week 2022

A lifeline for people with dementia and their carers: Mental Health Awareness Week 2022 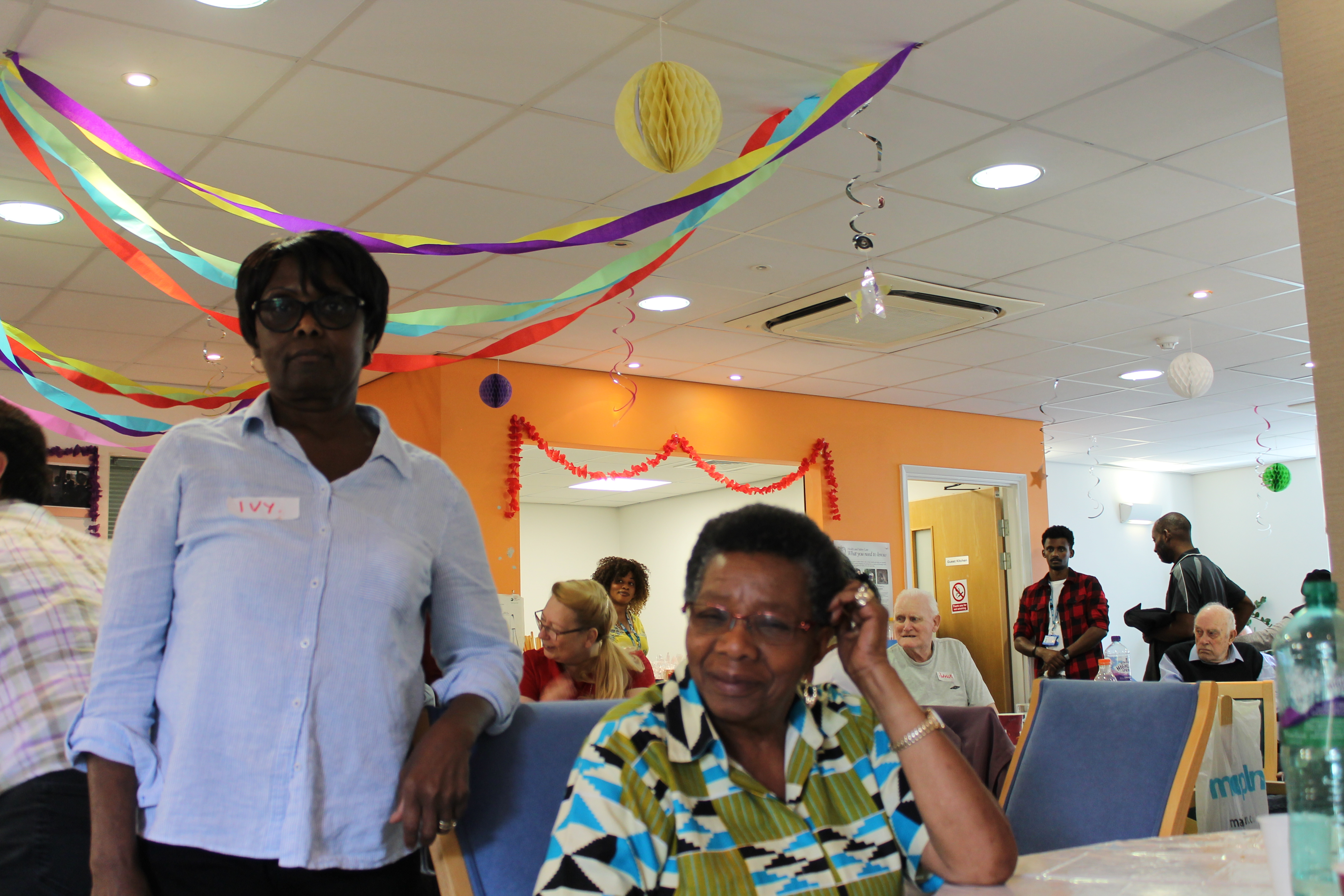 Support groups providing respite opportunities for carers and stimulation for people with dementia are a vital lifeline and help tackle the loneliness many face.

One such group is Tom’s Club in Haringey which was set up by former specialist dementia nurses, known as Admiral Nurses, with support from Barnet, Enfield and Haringey Mental Health NHS Trust (BEH) and Age UK.

Tom’s Club was inspired by the experiences of Jean, the wife of ex-professional footballer Tommy Harmer, who played for Tottenham Hotspur. Jean couldn’t leave her husband, as he would become distressed, and so could not rely on the support of day care centres to give her respite. At the time, services didn’t cater for carers and people with dementia to spend time together which meant those people with dementia who needed someone familiar with them couldn’t attend day centres.

Jean raised funding to get the project off the ground and she was supported by the Haringey Admiral Nurse service. Tom’s Club started in 2009 in a small room in St Ann’s Hospital in Haringey and then moved on to a day centre. Now the club supports around 200 people with dementia in different venues across the borough, who are referred by BEH and other organisations, or whose families hear about the club from other carers.

Maggie Carroll, an Admiral Nurse who has been with Tom’s Club since 2016, says: “We offer a range of activities such as dancing, quizzes, music and singing, clown workshops, and reminiscence sessions to help engage people with dementia.

“We also run separate sessions for carers to talk about their concerns and difficulties and they get a great deal of strength and support from one another. We arrange for speakers to attend to advise on topics like Lasting Power of Attorney, and we offer sessions on relaxation techniques and managing.”

When the COVID-19 pandemic hit, Maggie led the move to offering support virtually to protect their vulnerable service users: “Lockdown was really difficult as many of the carers we support were scared to take their loved ones outside at all as they are so vulnerable so it was very lonely for them.

“We set up weekly support sessions online we could check in on carers and people with dementia, and for them to support each other. We also continued our chair-based exercise sessions online with a coach from the Tottenham Hotspur Foundation as they are one of our most popular classes.”

Since legal restrictions have ended, members of the club have been able to meet in person again and events have included entertainment from a musician in the St Ann’s Hospital restaurant.

Maggie says: “It was a bittersweet time as it was lovely to see everyone in person again, but we also lost quite a few members during the pandemic and some had clearly found the loss of routine and stimulation very hard. We’re hoping to start up online sessions again alongside the face-to-face ones so that we get the best of both worlds.”