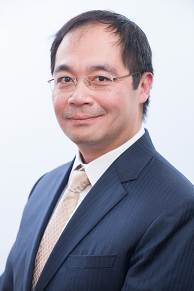 Mark Lam joined as Chair of the Board in October 2018. He is an experienced board director and digital technologist with global experience in both private and public sectors. Mark is a non-executive director on the board of Social Work England, the new national regulator for social workers. He has previously held a variety of board positions in public healthcare and was a trustee of the University of Essex.

Mark began his technology career during the dotcom boom, training at web start-ups before moving into telecommunications and IT. Mark’s longest association was with BT Group, where he was a senior executive, finishing his career there as Chief Technology and Information Officer of Openreach, the national infrastructure provider. Prior to BT Group, Mark led a number of digital initiatives at major global businesses, including Carphone Warehouse and Siemens.

Mark comes from Singapore originally and has lived in North London for over twenty years. He holds a degree in English Literature from Oxford University and is a Fellow of the Royal Society of Arts. 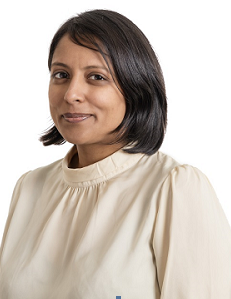 Ruchi Singh joined BEH in January 2017. She is a Strategy and Transformation specialist who has worked across central government and the private sector for more than 20 years. After a career in management consultancy working for companies such as Ernst & Young, PwC and IBM, Ruchi joined HM Treasury in 2005. There she supported delivery of the Treasury efficiency reviews on the Departments of Health, Justice and HMRC. In 2008 Ruchi joined the National Offender Management Service (NOMS) where she led on efficiency and transformation initiatives including negotiations with police constabularies and the MoD (Ministry of Defence) on the development of the prison population and the reconfiguration of the prison estate.

She has also worked closely with the NHS and Public Health England co-commissioning bodies to develop mutually beneficial commissioning strategies. Ruchi has now set up an independent management consultancy with clients including the Financial Conduct Authority and HS2. 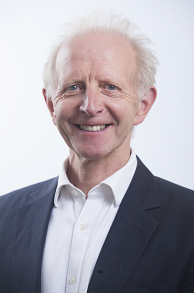 Charles has been a Non-Executive Director of the Board since March 2015. He has chaired the Finance and Investment Committee and the Charitable Funds Sub Committee since April 2015. He has been Independent Chair of the STP in Herefordshire and Worcestershire and since retiring as PCT Chief Executive for NHS Berkshire in 2013, he has worked for the Care Quality Commission as a National Professional Advisor and as a director for OPTUM. He is chair of the Mental Health Employment Projects Board and chair of the Board of Trustees of the Primary Care Respiratory Society. He lives in Haringey. 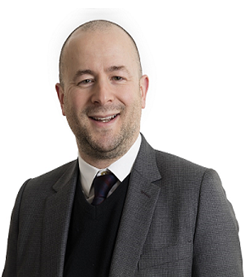 Paul joined the Trust in January 2017. He has a lot of experience in the finance and investment sector, having been Managing Director at the Royal Bank of Scotland as well as at a number of other investment banks. He has worked in the City of London for more than over 20 years. He currently holds board positions in the commercial, public and charity sectors, while also managing an investment portfolio for a private family office.

After 2007 when Paul lost his central vision due to macular dystrophy, he became involved in a number of sight charities including RNIB, the Macular Society, and Blind in Business, where he continues to use his experiences in dealing with sight loss to benefit others.

Paul is a keen sportsman. He’s held a British number 1 Tennis title for the last 3 years, is a brown belt in kickboxing, and enjoys high octane sports in the Alps including white water rafting and canyoning. Paul has two children, and lives in London. 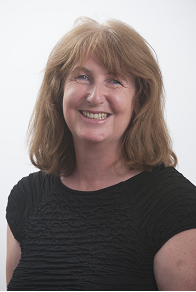 Catherine has been an Executive team member at Achievement for All, a national educational charity, since 2011, responsible for the establishment of the commercial strategy and extending the reach of the charity to transform the lives of vulnerable children across the UK.  She is also a Non-executive Director and Vice Chair for First Community Health and Care (FCHC) chairing their Finance and Audit, and Remuneration and Workforce committees.

Her previous executive experience includes five years as Director of PwC, where she led the Children’s Team working primarily on education and social care assignments. Catherine recently completed a four year tenure as a parent governor for a large primary school in West London, where she was chair for the Inclusion Committee, responsible for setting up a new centre for children with autism.  Catherine is a qualified accountant. 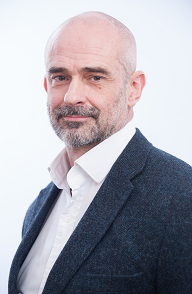 Neil Brimblecombe joined the Trust in September 2018. He also works as Professor of Mental Health at London South Bank University and Mental Health Clinical Lead for the London Urgent and Emergency Care Collaborative. He has been a mental health nurse since 1986 and previously worked in Executive Director of Nursing and Chief Operating Officer roles in three NHS Trusts.

Neil was Director of Mental Health Nursing at the Department of Health for England, where he led a national review of the profession. He completed his PhD on Crisis/Home Treatment services and edited the first book in the UK on this topic. Other interests include the development and evaluation of new roles in mental services and learning from international approaches to mental health care.

Sue has spent her career in public and non-profit sector consultancy – most recently at Partner level – with core expertise in strategic leadership, board and governance effectiveness and organisational/institutional development.

Sue is an experienced Non-Executive Director, including within in the North Central London system, having previously served the Boards of both Haringey Primary Care Trust and Whittington Health. She originally trained as a mental health social worker in South Africa before going on to a role supporting the non-governmental forum that crafted the post-apartheid housing policy and later as part of the delivery of the largest of Nelson Mandela’s special presidential urban renewal projects.

In addition to her role at Barnet Enfield and Haringey, Sue serves on the board of CHAT, a Multi-Academy Schools Trust in Enfield, and is Chair of Trustees of Bloody Good Period which campaigns for menstrual equity and makes period products available to refugees, asylum seekers and others who can’t afford them. 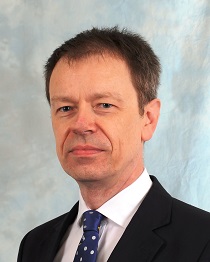 Paul has over 25 years’ experience of board level roles in the public sector, and he has held executive and non-executive roles in central government, local government, NHS, education, and arm’s length bodies.

He was Chief Executive of HM Passport Office, and previously Executive Director of Operations, between 2010 and 2014. Previous roles include Regional Director of the Government Office for the East of England, Chief Executive of the national police training agency, and posts at Director level within the Home Office. He worked within the NHS as a non-executive director of North Central London Strategic Health Authority, Executive Director of North West London Strategic Health Authority, and HR Director at Great Ormond Street Hospital NHS Trust. Since 2015 he has held senior interim roles in London local authorities, supporting organisational transformation and strategy development.

He is a non-executive director of the Institute of Customer Service, a governor of Middlesex University, and a trustee of the Campus Educational Trust.

He has lived in Enfield for over 30 years. 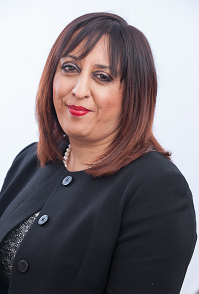 Jinjer Kandola joined our Trust in July 2018 as the CEO. Jinjer brings with her a wealth of knowledge, with over 18 years senior level experience across both mental and physical healthcare.

She joins us from Hertfordshire Partnership University Foundation Trust where she was the Deputy CEO and Executive Director of Workforce and Organisational Development. Jinjer was the lead for the Trust cultural change programme which embedded the Trust vision and values, as well as an ethos of continuous improvement.

Jinjer believes passionately in collective leadership and is focused on improving the quality and safety of care for our patients by empowering staff to focus on the best outcomes for our patients and their families. She is empowering our staff to share learning as well as developing a culture of putting service users at the heart of everything we do. 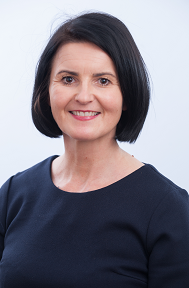 Amanda joined BEH in October 2018. She qualified as a mental health nurse in 1993 and spent much of her early clinical career in adult acute mental health in both inpatient and community services.  Amanda held a number of nursing leadership positions within South London and Maudsley NHS Trust and has led a number of organisational wide improvement programmes. Amanda has an extensive academic background, completing the prestigious Florence Nightingale Foundation Leadership Scholarship, and an MSc in Leadership and Healthcare Improvement at London Southbank University, and is also a trained Improvement Advisor from the Institute for Healthcare Improvement. 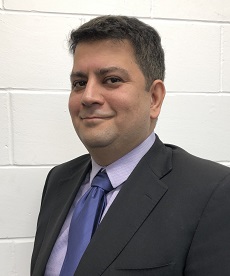 Dr Mehdi Veisi qualified in Medicine in 2000; after working as a GP, he trained in psychiatry. Mehdi became a member of the Royal College of Psychiatrists in 2008 and is a member of the College’s Advisory Board for the Quality Network for Forensic Mental Health Services.

In 2013 Mehdi was appointed as a consultant at Barnet, Enfield and Haringey Mental Health Trust. In 2016, he became Clinical Director of the Trust’s Specialist Services which achieved an Outstanding rating for Forensic Services and a Good rating for CAMHS Tier 4.  In 2019 Mehdi also provided leadership to Barnet Mental Health Division. In 2019, he led the Eating Disorder services to Good rating.

Mehdi was appointed as the Trust’s Medical Director in December 2019. 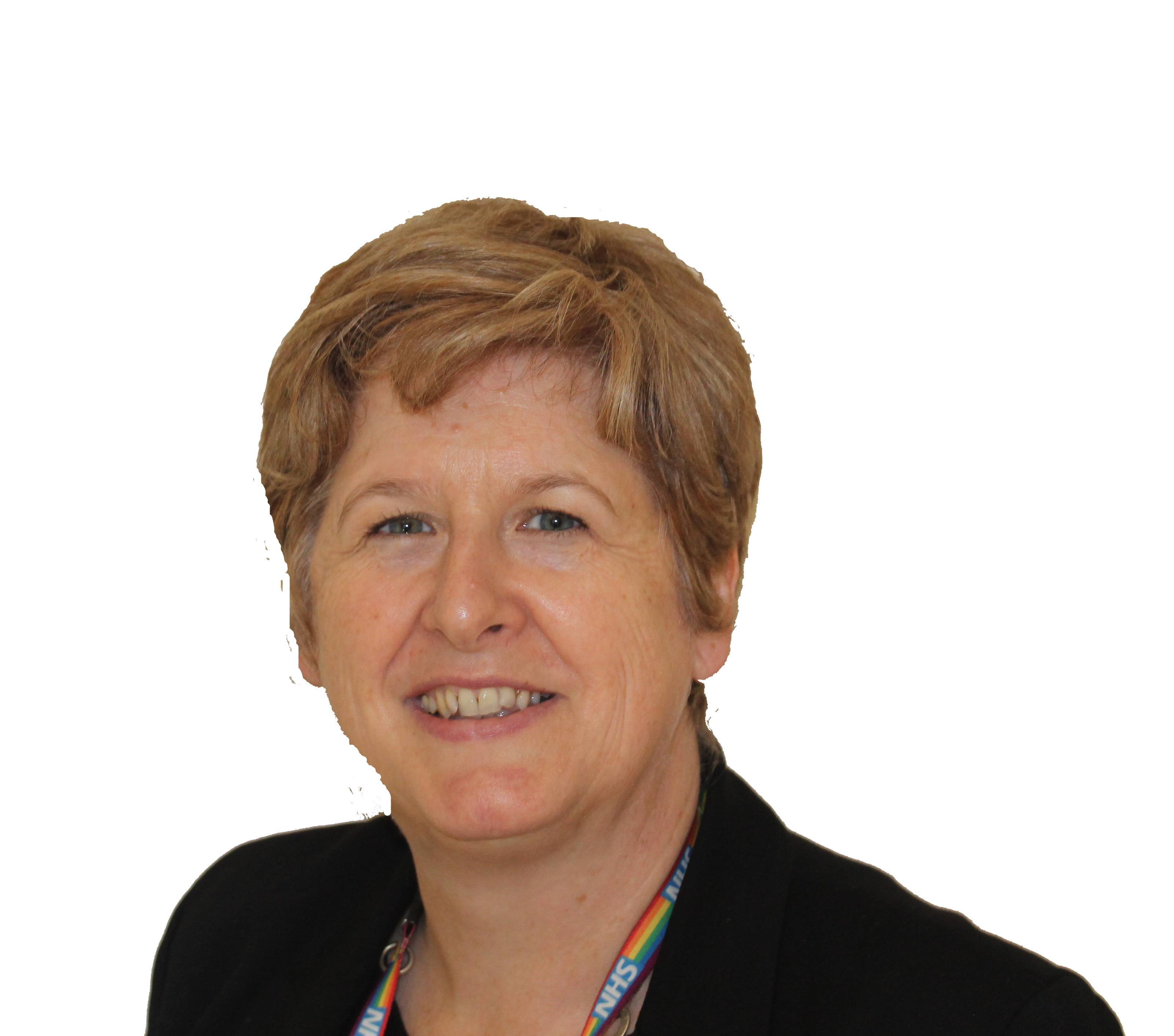 Sarah is an experienced leader in the Digital and Technology space in the NHS. Her previous role was as the lead for the London region Digital Portfolio at NHS England and Deputy CIO, where she managed the successful delivery of several pan-London technology schemes. She has previously held a number of senior roles across both the  Provider and Commissioning landscape.

Sarah is keen to ensure technology is used to enhance patient care and experience, and will work to ensure that our emerging digital strategy puts staff and service users at the heart of our plans. 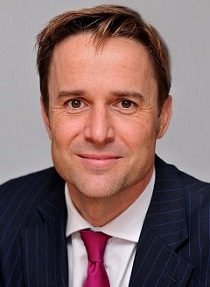 David has over 18 years as a board director working in large and complex NHS organisations. David was previously Director of the South East London Cancer Alliance and Programme Director for Guy’s & St Thomas’ (GSTT) Comprehensive Cancer Centre. During his time at GSTT, he led the development of their £160m Cancer Centre which opened in 2016 and established the new South East London accountable cancer network bringing together cancer services for 1.6m people.

Prior to joining GSTT, David was Director of Strategy at the North West London Hospitals NHS Trust, following three years at Mid Essex Hospital Services NHS Trust where he was Executive Director of Operations. He had previously been on the Board of Whipps Cross University Hospital 2002 to 2006 as Director of Acute Services and then Director of Strategy and Performance. David started his NHS career in South East London where he worked for 10 years in a variety of general management roles - eight years at King's College Hospital and then Lewisham Hospital. 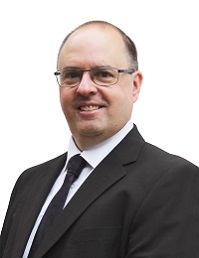 David joined the Trust in September 2017 as Executive Chief Finance and Investment Officer.  He is a member of the Chartered Institute of Public Finance and Accountancy, and has an extensive range of NHS experience as finance director of both commissioning and providing organisations, most recently as Director of Resources of North Essex Partnership University NHS Foundation Trust. 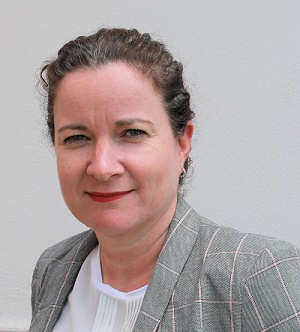 Natalie joined the Trust in July 2019.

Natalie has over 28 years operational experience gained within acute, mental health and  community providers as well as the prison service. She spent her early career at Central & North West London Foundation Trust/Brent Social Services where her achievements included establishing the first gambling addiction service in the country and redesigning health care services in London’s prisons.

Most recently Natalie has spent the last three years at Buckinghamshire Healthcare NHS Trust, an acute and community Trust as Chief Operating Officer.